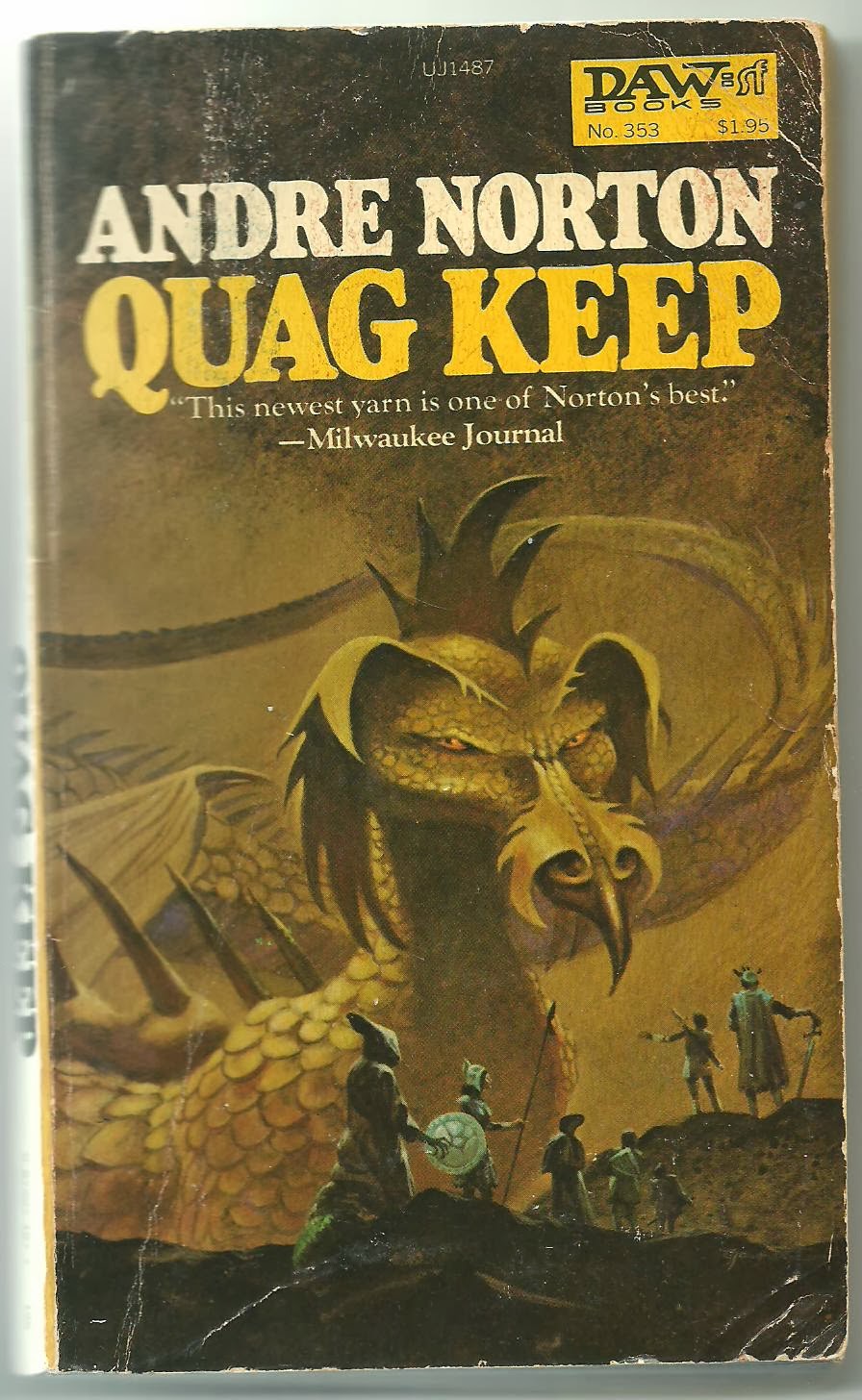 Quag Keep by Andre Norton, was as I mentioned during February's Blog Hop, the first D&D themed novel I ever read.  Indeed it is the first one ever published.  It was published in 1978, and I have the a paperback copy from the Daw September 1979 printing, which puts it right after I started college and coincidentally right after I started playing AD&D.  The book has been traveling around the country with me, thanks to the fact that most of my moving was done at the taxpayers expense.

My memory of it was that it was an unmemorable work by a major author.  It is a fairly lame premise, gamers encounter mysterious miniatures sent to 'well-known players' and are magically transported to the world of Greyhawk, where a wizard sends places them under a geas to find and oppose whoever sent them.  A bit circular but that's the premise.

The intrepid troop, travel across a recognizable version of the Flanaess; each one gets their chance to take center stage by having a unique talent/ability/possession that will get the group past this chapter's literary obstacle.  Eventually they find the eponymous castle in the middle of a swamp in the middle of the Sea of Dust where they defeat the wicked Referee, who is plotting on merging the two worlds.  Character development zero, comprehensible rational for the villain zero. Which I think is par for the course with Norton.  I read many of her works when I was younger, but never felt she was at the level of Heinlein, Asimov, Anderson or Tolkien.

Still if the plot is second rate, the individual scenes are done by a master wordsmith. She makes buying horses for the journey a scene full of background knowledge for the setting; humor and wraps up with a sense of foreboding.

I'm not a fan of any D&D setting fantasies; of the ones I've read, this one has the best writing, but the plot limits my recommendation to two skulls.