Requiem for a Grognard

We buried Cucch one month ago today.  My sons carried one side of the casket and I gave the eulogy.

Sue, I am humbled and grateful that you asked me to speak today, for although it might have surprised my mother to hear it, Mike was my brother. A brother in arms, a brother in spirit and a brother who shared my life.
Father Tim, Sue shared your hobby with me, and you cannot believe how appropriate it is for you to be performing Mike's ceremony,as Dungeons and Dragons was a shared hobby for myself and Mike and for a great many people in this room.

For while I can't tell you exactly when I met Mike the first time; I know that it was soon after I came down to the Twin Cities for college and that it involved playing Dungeons and Dragons. One of the guys in the dorm played and was in Navy ROTC. He introduced me to a group of his friends who were in ROTC and gamed together. Mike was there in the group, ready to have fun or provide whatever help anyone needed. I always remember him with a smile lurking on his face and a look in his eye that no matter what, he was enjoying life.

Well, Mike graduated, got his commission in the Navy and moved to Norfolk. I heard about him occasionally through our friends, but didn't speak with him for about two years, until Karen and I married, I received my commission and we too moved to Norfolk, expecting our first child. Mike was there, same smile and look in his eye; showing us around and helping us move into the apartment below his. He was at the table with us for Thanksgiving; helped us bring the crib home from the store, an episode that saw him play a practical joke on a shipmate that traveled to Italy and back that summer and has stayed with us for over thirty years.

I had a six month deployment to the Mediterranean which started two months before Karen was due. But I didn't worry, because I knew Mike would be there. And when the hurricane blew in, after our son's birth, and they they were talking about evacuating Norfolk and Virginia Beach, Mike was there to tell Karen not to worry, since they hadn't sent the fleet out to sea to avoid the hurricane, there was no need for her to pack up a new born and try to find a place to stay.

Mike left the service and moved back to Minnesota, while I stayed in for a number of years; again I'd hear about him occasionally. But one summer, while we were moving from San Diego to New York City, we stopped back in the Twin Cities and I somehow managed to track him down in those pre-cell phone days. We arranged that he'd come out to my sister-in-law's house where we we staying late in the evening, because of his schedule. And Mike was there, but this time he surprised us with Sue. That's how I got to meet the great love of his life and hear the story of how he had to go all the way to Yugoslavia to meet to meet a nice girl from east of the river.

Our ways parted again, until I left the service and came back here to settle down. And Mike and Sue were there, welcoming us back and inviting me to join with them and their friends officially to play Dungeons and Dragons, but really we spent just as much time socializing, every month or so for most of the last sixteen years.

Soon after, we returned, Mike and Sue told us there was a baby girl overseas that needed a family. And Mike and Sue were there, to bring Katherine into their home, their family and their love; raising a beautiful young woman who takes after her father in the way she holds her head, chooses her words, the love and support she gives her friends and in the joy she takes in life.

When our oldest son,Michael, the one who was born during that first deployment, was married only 18 months ago, Mike was there. Sharing his zest in life, making a speech and dancing with everyone, while wearing the most godawful blonde wig – basking and amplifying the joy felt by our family.

Finally, just six weeks ago, on the coldest day of the winter, Mike was there. To support me and my family at my mothers' funeral, he, Sue and Katherine had driven three hours in sub zero temperatures to be there for us and show us their love and support in our own time of need.


Mike's legacy and challenge to me and to all of us, is to be there for each other in happiness and sorrow. To remind us that all clouds will pass and to fill our lives with joy. 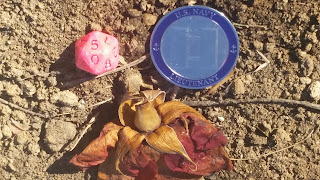 Posted by Rod Thompson at 6:34 PM No comments: