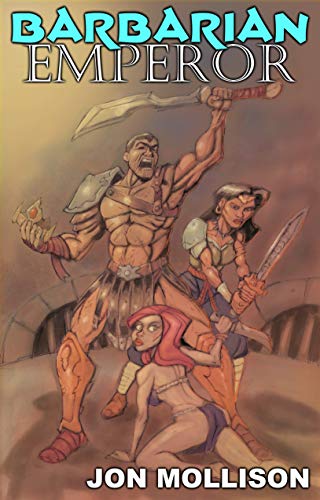 Alexander Macris has been posting some publicity for this volume, so I decided to give it a shot ($2.99 on Kindle), as I have been looking for something new to amuse myself for the last few months.

Superficially, it's another sword and sandal fantasy story, albeit one in an ACKS friendly setting. I bulled through the inauspicious beginning; wherein the old Barsoom trope of the hero being mysteriously translated to another world gets a trotted out. As the new setting is an ersatz-Roman Empire, it was doubly inauspicious to me, as I am extremely well read in the history of the Republic and Empire; not just having read the popular histories and even Mommsen's seminal works, but having dug up writings on demographic patterns, city planning, and Roman religion (pity Varro's books didn't survive outside of Augustine's hatchet job refutation). Since I didn't watch the series, I can't say how much the story was influenced by Spartacus: Blood and Sand; but it certainly has more to do with that than the writings of Polybius or Caesar.

Then the action started, the pace of the story picked up and the author began to weave different threads into a tapestry, every scene advancing the hero's story. The tale became increasingly more enthralling as it moved away from ersatz-Rome to a unique borderland. Pulpy like Robert E. Howard's stories but in a different, self-consistent and suitably mysterious way. Exposition of the characters thought processes provide reasonable rationales for decisions, both good and bad; and almost as importantly are concise, setting up the next action scene. No spending half a book lost in the fens outside of Mordor's front door in this story!

Three plot twists that caught me off guard. One I should have seen coming and one where I completely swallowed the hook. Well played! In the end the hero gets a girl and a crown ... and I found myself wanting to know what happens next. That to me is one of the marks of a good story, when it leaves me hungry to know what's in the next chapter.

I won't give out any spoilers, you can always drop me a line after you've read the book if you want to know what I missed until the end.

Over all, I give it four skulls out of five and recommend you pick it up for a couple of hours of light reading pleasure.

Posted by Rod Thompson at 8:48 PM No comments: