Starting with resources I'm using in creating my campaign.  I'll try to keep it alphabetical.

Ancient Town Planning, Francis Haverfield, Oxford at The Clarendon Press 1913.  A study of town planning and layouts, primarily under the Greeks and Romans.  Useful for constructing town maps.

Bandits in the Roman Empire, Thomas Grunewald (John Drinkwater trans.), Routledge 1999.  A good study of banditry, it's causes and Rome's reactions to it.  Certainly gave me a different view of "shepherds watch their flocks by night", it's not just ovis aries that they are going to shear.

City of God, Aurelius Augustine (St Augustine)  I was reading this as part of my personal survey of Western Philosophy, when I discovered that he writes about Roman laws.  Performers had their names erased from the Census rolls, effectively loosing their Roman Citizenship.  There's going to be a penalty for playing a bard, if you get caught doing something shady!

Complete Works, Tacitus, (Moses Hadas ed), Random House 1942  One of my old college text books.  The primary source for much of what we know of the Roman Empire.  Only kept around because an unrelated, eponymous Roman Emperor had copies made and distributed.

Dictionary of Greek and Roman Geography (1854), William Smith, LLD, Ed. - This is a treasury of geographical information culled from ancient texts and correlated to early industrial places.  A valuable resource to find intermediate place names, when the original doesn't show up online.  I've linked to the online version at Tufts.  The books are available as PDF downloads through Google Books, but they are simply unsearchable page scans, so I don't recommend wasting the disk space on them.

Durobrivae, Garrick Fincham,  Tempus 2004 - Durobrivae was a town built where Ermine Street crossed the River Nene around a satellite fort of the camp at Longthorpe.  While two hundred years later than my cmapign, it shows the stages that a vicus went through from birth to abandonment.  It also has some interesting information on salt gathering infrastructure and villas that I can apply to my campaign.  Picked it up second hand, no idea how it got from Gloucestershire to Minnesota.

Geographica,  Strabo - Written during the reign of Tiberius, this is more of a travelogue or ethnic studies document than what we would consider a geography text.  It does however list prominent places in the Roman world. Oddly, this isn't available on Gutenberg, so I've been using the online version hosted at  the University of Chicago

Greek and Roman Naval Warfare, W. L. Rodgers, United States Naval Institute, 1977 There are books on everything.  I'm hoping to entice the PCs to go after some pirates.

The Histories - Polybius - He lived and wrote at the time of my campaign, and was an eyewitness for some of the events.

History of the Peloponnesian War - Thucydides (Rex Warner trans.) Penguin Classics, 2008  A not completely dis-interested eyewitness to the events he describes.

A History of Rome - Theodor Mommsen (Wm Dickson, D.D, LL.D.  trans) Kindle edition.  For serious scholars this is the mother lode.  While necessarily a secondary source, he spans from the kings to the death of Caesar in five volumes.  All the other modern histories, either agree or have to refute his views.  A bit of a Caesar-phile and somewhat unkind to Cato and Cicero.  This is the first work that I found that coveres Pompey's conquest of Asia in any detail.

History of Rome in Three Volumes - Titus Livius (D. Spillan, A.M, M.D. trans) Halcyon Classics Edition. Livy is a secondary source, as much of what he writes he took from Polybius, but he also references other sources who's works did not survive outside of these brief quotations.

Illyricum in Roman Politics 229BC-AD68 - Danijel Dzino, Cambridge University Press 2010  Quite a jackpot for me, in reading the primary sources, I was frustrated by the lack of information about Illyricum.  In his narrative of Rome's involvement, Dzino points out that Republican Rome had an ethnographic, rather than geographic view of the world.  In other words, they concerned themselves with population groups, not areas.

Natural History - Gauis Plinius Secundus (Dr Philemon Holland trans.), George Barclay. 1847 Before he died leading an ill-fated rescue mission to Pompeii, Pliny wrote these extensive treatises.  Rather like Herodotus, he was a little to trusting of his sources.

Poisons and Poisoning Around the Republic of Dubrovnik - Zdravko Sundrica, Dubrovnik Annals 4 (2000). - While mostly concerning more modern poisonings, it does point out hat the ancient Illyrians were known for using poison arrows.  Frankly, reading about the skullduggery practiced by small states on the border between Venice and the Turks, there's some adventure seeds there.

Roman Garrisoning in the Middle Republic, Michael da Cruz, Hirundo, the McGill Journal of Classical Studies, Vol.5 (2006-7).  A brand new (12/13/12) find!  I may adjust the name of the legion stationed partially in Epirus Nova, but I can claim it's historically plausible.

Roman population size: the logic of the debate - Walter Scheidel Princeton/Stanford Working Papers in Classics July 2007. - A bit meta, but it does give information about population sizes in the classical world. Most useful to me in determining sizes for population centers.

Salammbo - Gustave Flaubert By now if anyone has actually read down this far, you probably believed that I'm insane and that this entry proves it.  This is the guy who  wrote Madame Bovary, for crying out loud, what's this doing here?  Well, originally my campaign was set in Numidia, just after the fall of Carthage, and in researching Carthage this was one of the books I came across.  Flaubert did some research in writing this, I came across a couple of names from Polybius in here.  And it gives some good color, like the natives habit of crucifying any lions they caught.  Anyway, I'll give a shout out to anyone who lets me know that Salammbo is in my Appendix N - and if you're one of my players, I'll bump your character one level - or give you a Raise Dead.

Twelve Caesars - Gaius Suetonius Tranquillus(Robert Graves trans), Penguin Classic, 2007 Suetonius wrote at the time of Hadrian.  As the Emperor's private secretary he had access to the Imperial archives. While set later than my campaign, these men are archetypes for how the upper class behave in this world. 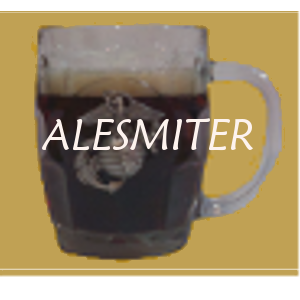