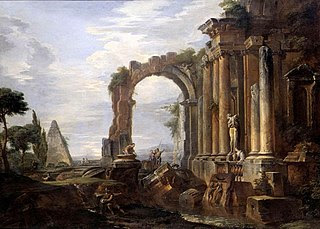 There is a very good post on Light Age vs Dark Age civilizations over at Hack & Slash.  He calls out the distinctions between civilizations ascending and descending the heights of power (Light Age) and those wallowing in the troughs between the heights.

I've been having some thoughts about using Medieval Italy as a template for a fantasy setting and at this point I'm fascinated by the number of cultures that were intertwined.   The original cultural distinctions between Latin, Samnite, Etruscan, Umbrian, Greek and Gaul had been blended into the Imperial Roman culture (Light Age).  The Lombards, mercenaries in Rome's pay, destroyed the western empire and set up their duchies. Which controlled the countryside, but not the cities. The cities set up their own forms over government based on the old Roman forms, the Bishop's were often very influential in the cities.  The Goths came in to overthrow the Lombards, the Byzantines invaded under Belisaurius and Narses to restore the Empire, the Saracens took Sicily.  That's six layers and we're still not up to Charlemagne.  Add in the French, Germans, Normans and Spanish and you'll begin to see why the Renaissance was so rich in Italy as they had so many cultures to draw upon as they reascended the heights - as well as why a man could betray himself by the way he ate his peas.

My conclusion is that building a good setting is like painting, you need to blend and layer colors and cultures in order to develop a rich, realistic work of art.