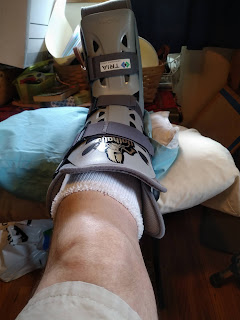 With this post I'll have posted 46 times this year, and have been looked at a bit under 20,000 times.  Probably my most visible year ever, as I came in with less than 100,000 views since I started on October 7th, 2012. For that the RPG communities of MeWe have been a great source of exposure, but an even better source of ideas and I'd like to thank everyone who has been interested enough to click on a link and read my musings.

My most read post this year was the Real Life Hexcrawl Manual concerning Captain Marcy's guidebook for prairie travelers during the settlement of the West.  Right behind it was one of my Wilderlands posts working out the size of a barony.  The whole Wilderlands series, where I'm working out how to set up a Chivalry & Sorcery kingdom using the Wilderlands maps and doing some soloplay with C&S has been very well received.

On a personal note, made it to Colorado to see one son in January, Belize in February for our regular winter vacation and that's it.  Had to scrub the fall trip to Scotland for obvious reasons, perhaps next year, but more likely 2022 I think.  Have a new granddaughter in Colorado who we haven't been able to meet yet, that's going to happen in 2021 for certain.

Other than that, we've come out of the pandemic to date much better than many people.  I no longer have to commute thirty seven miles each way, so I have less stress in my life.  My oldest brother and his third wife, along with her son have come through COVID successfully.  And we did manage to meet them at our other brother's cabin on the lake this summer, where I also got to drive a jet boat.  Probably won't bother doing it again, poor visibility at high speed.  I also managed to step off a raised deck and bang up my legs, spending a good month wearing the boot of shame.

If you see a silver Jeep Gladiator with with a 1st Navy Jack grill insert, wave  - it's probably me. 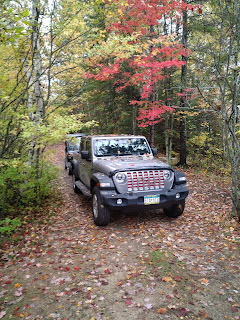 A Happier and More Prosperous New Year to Everyone

Email ThisBlogThis!Share to TwitterShare to FacebookShare to Pinterest
Labels: Misc