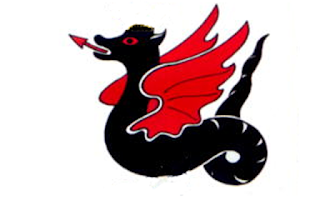 Winged serpents, described by Herodotus as the guardians of the frankincense.  These snakes feature one or two pairs of feathery wings and a poisonous bite.

The snakes are at home in warm desert climates, but may be found anywhere, even crossing the sea during their spring migration.

Certain birds, notably the Black Ibis, will flock together to fight these monstrosities in vast aerial combats at that time.  The ground under these battles becomes littered with the carcasses and skeletons of the vanquished.  And are often sought out by aspiring necromancers as a source of guardian undead.

Ophies Amphipterotoi are usually small, but a swarm may include tiny, medium and even large specimens.