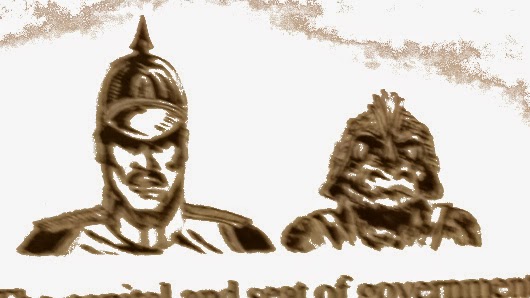 Think about it, great big lizard man stormtroopers kicking your door down.   I wonder if  Achtung Cthulhu! has them in it?  The concept also reminded me of this art work for the Venusian Lizardmen Schutztruppen from Space 1889
Posted by Rod Thompson at 7:01 PM