This is How We Grow

Got a call Thursday, asking if I could run the second half of my Traveller adventure on Saturday.  I said, probably, but it would be short as there wasn't much left for the party to do and I wouldn't have time to prep anything as I was writing reviews for work and had plans Friday night - oh. and I was driving an hour to help the youngest work on his house Saturday morning - so timing was iffy.  I was told no problem, one of the regular players (the bartender) was interested in running something.

Well running a cable around the outside of his house to feed it through an existing hole took an hour longer than expected, so I was running late when I got there with my kit.  No problem, they had started rolling characters.  He'd had Dark Heresy on his shelf for ten years, had never played it and never run a game before. 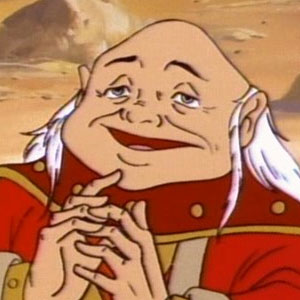 I've never played it either, but I do have Warhammer FRP 1e on my bookshelf for the last thirty odd years, unplayed.   So I had some familiarity with the underlying system. But he got everyone through character generation and equipment, taking his time and looking things up as he needed to find them.  Nobody showed impatience, we were all learning the system and gave him suggestions like - instead of doing weapons one player at a time go through the table and everyone who has that weapon can write down the specs together.

He wanted to ise an introductory scenario, as much so he'd get familiar with the different types of checks as we would, and he reassured us that combat would only be a minor concern as we were weak and crunchy anyway.  The scenario was set up to introduce social interaction checks, like Inquiry first, then physical skill checks, then combat.  Now, we were skeptical, because the group tends to shoot first and question the souls of the dead afterwards, but OK.

I immediately short-circuited the social interaction checks by doing a 'take me to your leader' routine as soon as we touched down.  So no following up on people mysteriously coming up and talking to us.  Although one character did intimidate a quartermaster out of his own suit of armor and got us some frag grenades to boot.

We manage to short-circuit the physical skill checks to.  Instead of jumping across a chasm, we go back and retrieve a door we'd taken off the hinges earlier and make a bridge.  So we very quickly got into combat with groups of abominable mutants.  Where we all felt comfortable and we got to work out the mechanics of Warhammer Critical Hit System.  Lots, I mean LOTS of gore in the descriptions.  I've always enjoyed them.

The whole time,  we were offering suggestions and discussing rule interpretations with our new DM - three of us have run games before.  Ranging from - don't show fear to "OK, he made the absurd skill check, but here's a suggestion on how to handle it so it doesn't derail the scenario.

At the end an enjoyable evening and a new DM for the group.  This is how we build our hobby, one player and one DM at a time, playing together rather than competitively.