Continuing the series on the origins of the classic monsters, we come to the Manticore. 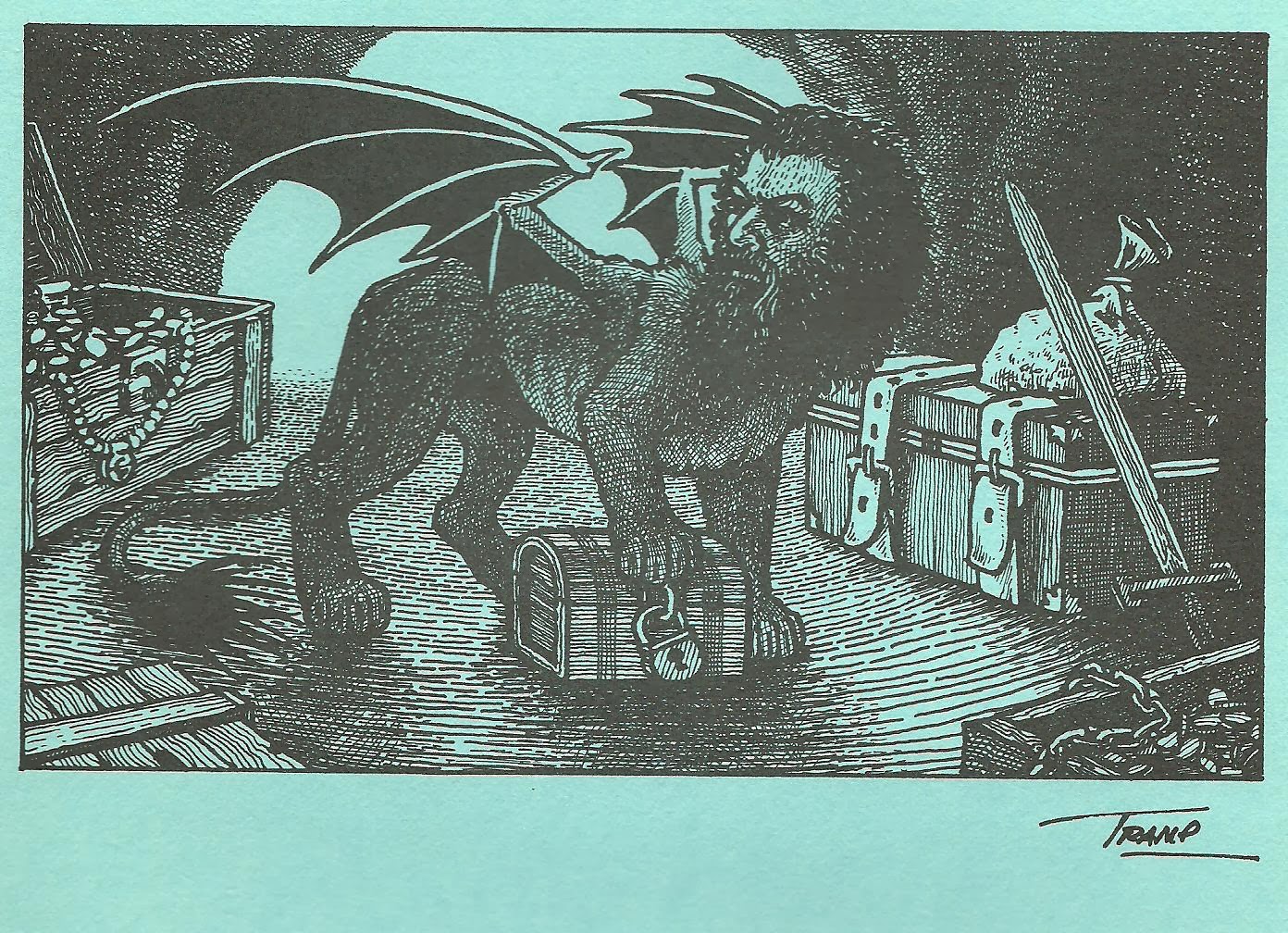 From Volume 2 Monsters and Treasures:
MANTICORAS: Huge, lion-bodied monstrosities with men's face, horns, dragon
wings, and a tail full of iron spikes. There are 24 of these spikes in a Manticora's
tail, and they can be fired 6 at a time in any one direction with the range (18")
accuracy and effect of a crossbow. Their favorite prey is man.

The illustration is Trampier's fronts piece from the 1978 Monster and Treasure Assortment.  Note the head is fully human ad the wings just stick out of the body in an unnatural fashion. 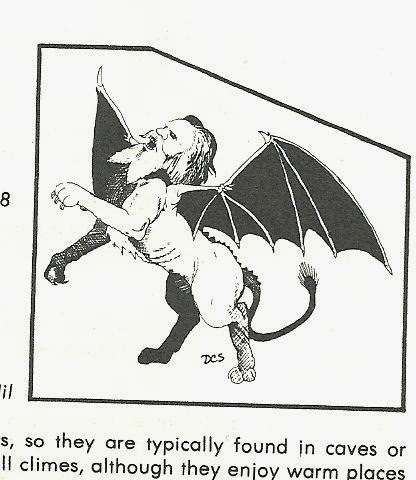 Ctesias informs us, that among these same Æthiopians, there is an animal found, which he calls the mantichora; it has a triple row of teeth, which fit into each other like those of a comb, the face and ears of a man, and azure eyes, is of the colour of blood, has the body of the lion, and a tail ending in a sting, like that of the scorpion. Its voice resembles the union of the sound of the flute and the trumpet; it is of excessive swiftness, and is particularly fond of human flesh.

The illustration is Sullivan's from the Monster Manual.   DCS has taken a lion's body, a spinal ridge, added somewhat more natural looking wings and given it the head of Rutherford B. Hayes.

This is one of the few subjects that both illustrated, and the real reason for the post.

Except for the tail, the manticore's description in the game marches with Pliny's from the time of the Apostles.  Making the tail a wyvern like stinger instead of the  spikes the players expect would be a nice surprise to them.  And the description of it having a body the color of blood, either in Theater of the Mind or in a painted mini would be quite unusual.

Email ThisBlogThis!Share to TwitterShare to FacebookShare to Pinterest
Labels: Dungeons and Dragons, Origin of Species