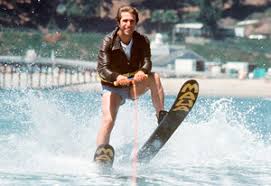 We're in our second session of  my new campaign using the Pathfinder rules.  I called for initiative rolls and one of the players pipes up he was on 30.  I let them start their characters between 2nd and 5th level and I knew he had a 4th level character, but I didn't remember him having bought anything that would boost his initiative that high so I asked, 'just out of curiosity how did you get that?'  Not really doubting him, he's one of the DMs in our group and has DMed for the local Pathfinder Society, he knows the rules better than I do. Being a smart alec, he responded 'I rolled a 19'.  Then we started breaking down where he got +11 at 4th level.  Improved initiative +4, high dexterity +3 and then he trots out this trait -'Reactionary' which gives a +2 initiative bonus.
What the h3ll?  Shouldn't the improved initiative feat trump that?  Not in Piazo's world.  When the game is so set up to reward playing the mechanics rather than playing the character, I've lost interest completely.  I just can't bring myself to care.  I'll continue to DM and play Pathfinder with the group because of the group not the game, but from now on all characters will be rolled straight 3d6 in order.  Anybody in The Cities have an open seat at an OSR game?
Posted by Rod Thompson at 8:00 AM