First non-D&D RPG I ever played?  Regular readers probably think I'm going to say Chivalry & Sorcery.  But that was the first one I bought.

The first one I played was Empire of the Petal Throne in 1977, at a war gaming group  at UMD.  I've never found a group that played it again, but it stuck with me.

Of course that might have been the effect of a pre-internet 16 year old coming across this picture while reading the rules. 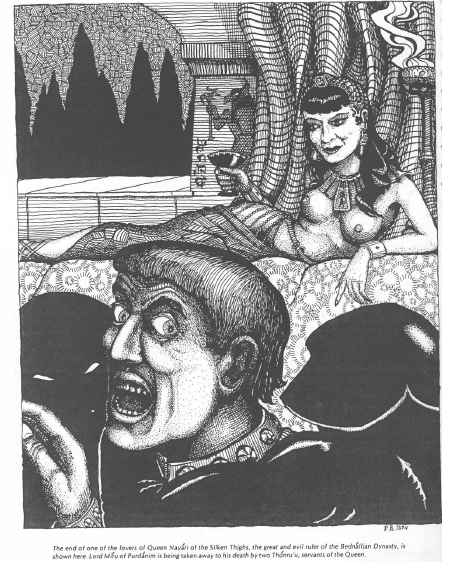