It's Arrived! - Castle of the Mad Archmage Review 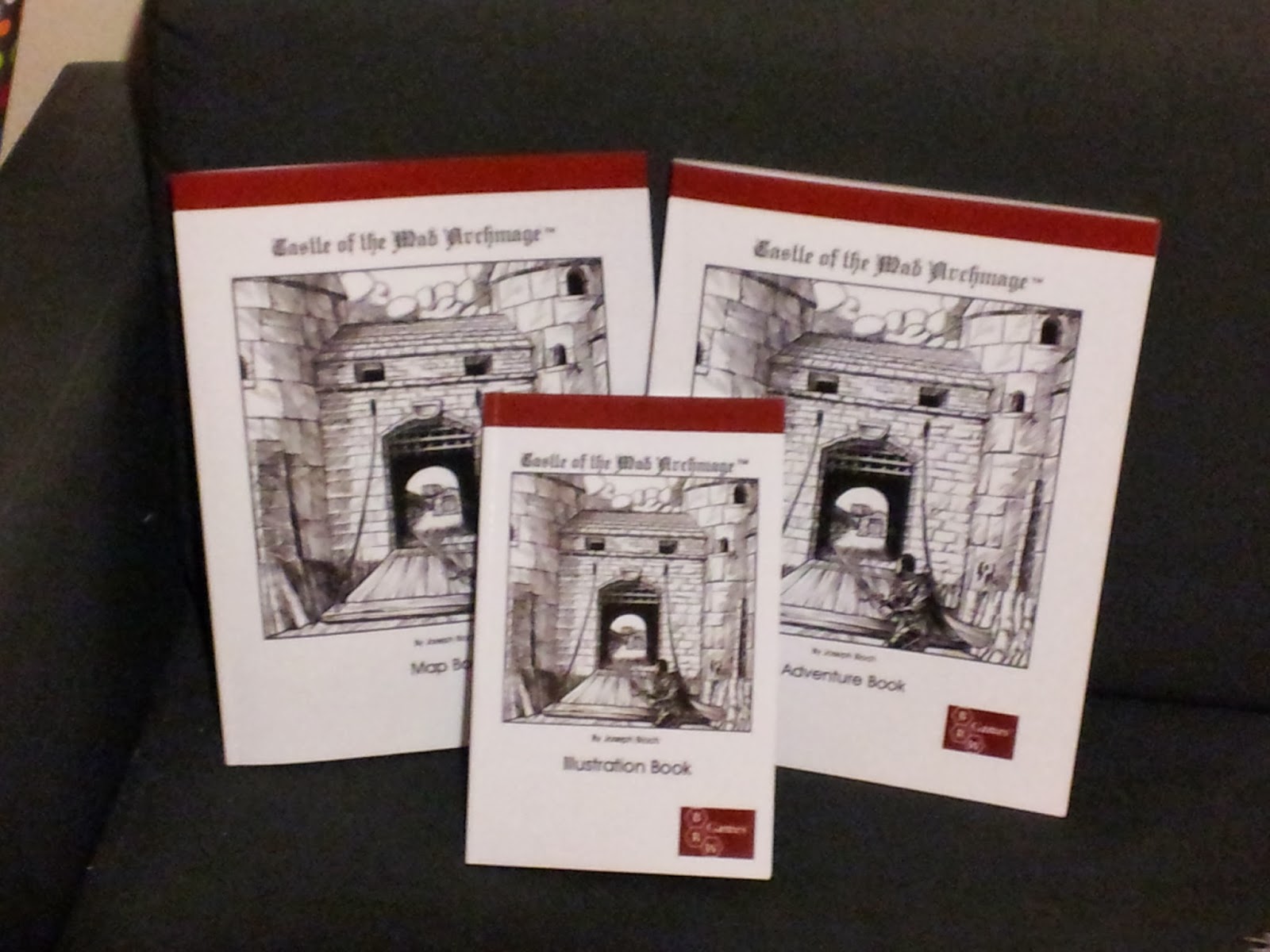 That was quick.  I ordered +Joseph Bloch 's megadungeon on the 2nd and was warned to expect 2-3 weeks for delivery.  I have to say the service was fantastic.

I'll also say that those plastic covers are COLD when they've been sitting on my doorstep in sub-zero temperatures all day.

And that I was surprised by the small size of the Illustration book, but that's because I didn't read the large print on the Drivethru RPG website.

I read through the PDFs before the soft covers arrived and the this is one impressive work, the first level alone has over 100 rooms.  The monsters are intelligently placed and with reasons for their placement.  The traps are neither over-present nor over-lethal.  Don't be misunderstand me, careless or unlucky players will end up with dead characters.  But the traps only occur often enough to keep a party paranoid.  They won't wear the party down with saving throw after saving throw.

The tricks and puzzles ranged from easy to solve to real head scratchers.  There's one I had to think about after I read the solution and I'm still wondering if I understand it correctly.  If your players are like my group and don't do well with puzzles, well, there are NPCs in the dungeon they can ask - for a price.

The maps and the adventure key by themselves would be worth the price.  The Illustration book is a wonderful bonus, it takes dungeon features out of the Theater of the Mind and allows the players to see them through the eyes of their characters.

Is there anything I don't like about it?  Yes, the books are only glued and making them lie flat so that I can see the interior margins threatens to destroy the bindings, especially with the Map book.  When that happens, there isn't enough room to punch holes in the paper to add them to a ring binder. I'll have to try to find the type of plastic binder that has been holding together my copy of The World of Greyhawk Gazetteer for the last thirty four years.

I'll still give it five skulls.