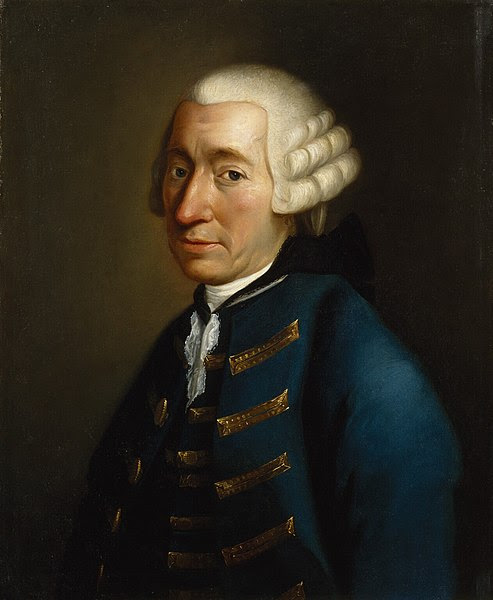 I was researching travel in the Age of Enlightenment and I came across Tobais Smollet's Travels in France and Italy.  These are the letters he wrote to his friends during his sojourn - and boy howdy, if he wasn't an 18th century Scots novelist, he'd have been the original ugly American.  To say that his prejudices shine through would miss the chance to say the he revels, nay, glories in his smug provincialism and Brit-centic view of the world.  He classifies the inhabitants of Boulongne as nobles, merchants and canaille (blackguards/dogs/skunks depending on your translation of choice.)  His opinion of all of them is scathing; as is his opinion of innkeepers anywhere.  But I digress.  Here is a local custom with which to eliminate excess cash and magic items belonging to the late characters and their henchmen.

"When a foreigner dies in France, the king seizes all of his effects, even though his heir should reside upon the spot; this tyranny is called the droit d'aubaine founded at first upon the supposition, that all the estate of foreigners residing in France was acquired in that kingdom, and that, therefore, it would be unjust to convey it to another country."

Imagine that, the characters are toasting the memory of poor Smedley, who bravely was the last one to turn to run from the troll, when the local bailiff shows up with the tax collector to pick up the shiny +1 sword  Smedley no longer has a use for.

Now apply that same ruling, even in cases of resurrection.... <Cue maniacal laughter.>