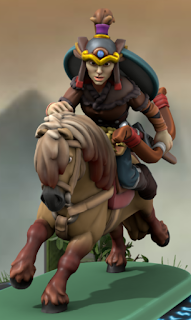 Reading through this section of Swords and Sorcerers, I'm of the impression that the main reason for including Steppe Nomads was to discuss army troop composition for the miniature rules which are at the heart of C&S.  I've noted in the past that C&S places rules for miniatures and large scale combat resolution BEFORE the Individual Combat section, Thieves, Clergy and 'Magick' sections, i.e. all the role playing rules.  It took me until I started reading OSR blogs to realize that that is a direct tie to D&D's reliance on Chainmail.  Large scale combat was always intended to be part of the hobby, with Individual characters being a sort of 'drill down' to greater detail.  Little did they expect the characters to over take the large scale action.

Again tweaking my generation spreadsheet makes character generation quick, the biggest time sink is adding the weapons to my combat value lookup tables that are needed to calculate number of blows and damage, as I only build those out as needed. 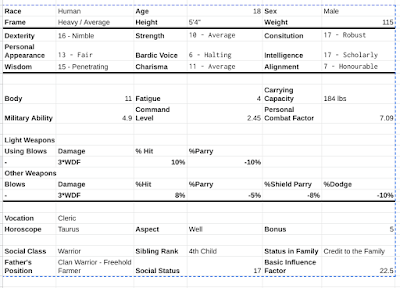 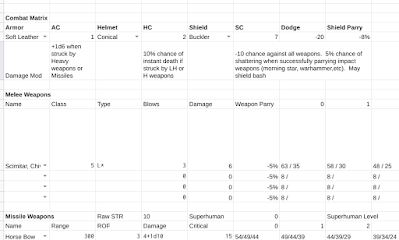